CrypKey (Canada) Inc., is an owner operated company proudly in business for 25 years. CrypKey was the first company in the world to offer software only based copy protection. This meant consumers no longer had to rely on hardware dongles and flash drives for their software protection. CrypKey customers worldwide range from sole proprietors to large corporations. We know that you invest a lot of valuable time, money and resources into developing their product and we are committed to offering solutions that protect them.

We provide products that protect your software products and documents from piracy or illegal duplication through strong security technology that discourages reverse engineering. These products are created specifically to be intuitive and easy for you to integrate into your product. CrypKey also makes it easy for your customers to use their secure copy of your product by offering excellent alternatives in license authorization including complete internet driven automation and more.

Why We Do It

25 years ago we recognized that it was only a matter of time before most software would be delivered instantly by the internet. This created two problems. First, illegal copies could then be distributed just as quickly. Second, copy protection dongles can’t be sent by the internet! With CrypKey we solved both problems. We created CrypKey because we want your business and its revenues to be protected and still have your customers receive your product at the speed of light… not the speed of mail!

It was something no one had done before.

Back in the 1980’s a young gentleman named Jim McCartney graduated from the University of Calgary with an Electrical Engineering Degree and a minor in Computer Science. Although swayed by his Father towards an engineering career Jim had an immense passion for technology and made sure nothing stopped him from pursuing it.

Captivated by technology from a young age, Jim was constantly looking at the ever-expanding breadth of new devices with an innovative eye and forward thinking attitude of “but what next?”.  From the moment he saw the very first electronic calculator around the age of 8 he was consumed with ideas. Fascinated by the potential of what something like that could become.

He had to have it and during university Jim got his hands on the world’s first alphanumeric calculator.  Spending weeks engaged in the inner workings of the device Jim, to the amazement of many, was able to quickly expand the calculator’s possibilities. He successfully programmed onto it an oil batch tracking system for an oil company as well as the moon lander computer game.

Later, in university Jim picked up one of the world’s first Macintosh computers which he programmed a dorm security system onto. In his mind, the possibilities of all technology were endless and he was constantly finding ways to bring those possibilities to life.

Of no surprise to those around him, Jim was soon spending his after-school hours working at a nearby computer store where his interest in technology was cultivated.

Throughout his 4 years at the store Jim couldn’t help but notice the high volume of piracy happening. This curiosity led to Jim playing around with computer games to see where there was improvement to be found. Many trials later Jim had not only discovered but made evident how easy it was to create backups and copies of the games. He managed to collect over 1200 different computer game backups with little effort required at all. This spurred him to start really pondering how could these companies better protect their assets? What could the solution to future piracy protection efforts be?

There were dongles and floppy disks, but they weren’t succeeding in doing their job. It was around this time that he started experimenting with “how could I use the computer hardware instead of having to rely on these methods?”.

But alas, at that time in his life as with many young adults Jim had an immense love for Tennis and travel. With roughly 4 years of coaching tennis under his belt at the U of C alongside his computer interests, Jim decided to take the opportunity to travel and enjoy his hobbies while he was still young and not yet with a mortgage tying him down…. 9 months later an opportunity arose and he found himself instructing tennis under the sun at Club Med in Turks & Caicos.

It was here that Jim met his wife and future business partner Ellen Liguori. A vibrant Club Med hostess from New Jersey who hooked Jim with her wild sense of humor. Soon enough Jim and Ellen found themselves travelling through her home state of New Jersey, United States to his home town Calgary, Canada where they married and settled down.

With his background in engineering and intellect for technology, Jim was quickly offered a role as the newest Software Engineer at Kenonic Controls in Calgary. It was here that the foundation of Crypkey was laid.

After 4 years of working at Kenonic Controls Jim was tasked with protecting some software that he had created for another engineering company. Rather than use a special floppy disc or a dongle, Jim suggested using his own home grown method of copy protection which had yet to be used.

Unbeknownst to Jim this was the start of his future company.

That software protection took the very new approach that Jim had thought of back in his university days. It worked well and he suggested that Kenonic Controls sell this form of copy protection which Jim called Crypkey.

He was the first in the world to create a copy protection that used the computer’s hardware in place of the dongle. Customers no longer had to excitedly download their software only to be forced to sit and wait for hardware to get mailed, for dongles to arrive. Crypkey was the first to offer instant authorization software using the power of the internet.

In the first year of Crypkey’s existence it outsold the first software it was used on! People wanted this solution. They wanted speed. They wanted efficiency. Without having to sacrifice the protection they needed.

Crypkey grew rapidly becoming its own division inside of Kenonic Controls and showed no signs of slowing down. Companies in the engineering sector were itching for something like this and Crypkey soon became the house-hold copy protection in the engineering world.

It was then that Jim and Ellen decided to hit the road to their first trade show.  With their debut happening in Houston, nothing was going to stop them… not even the crutches Jim was on!  He hobbled along going up and down the aisles handing out brochures and found enjoyment in meeting the many faces of the Software world.

Earliest customers bought Crypkey then and there right on the spot! There was a line out the door of people waiting to try their innovative “slot machine” demo where customers got the chance to win wine, gold coins and more! It was a hit. Momentum continued and by the end of year 1 they were doing trade shows all over the United States from Washington and Boston all the way to California. Crypkey was taking the United States by storm.

With the rapid growth came a need to expand and so for several years Ellen’s father joined the Crypkey troop and stepped to the front-line sales of the product. Ellen herself became Crypkey’s very own trade show darling! She was the self-proclaimed “fluff”. A very dynamic presenter, Ellen would invite people to the booth with such animation and enthusiasm that she would have patrons rushing from all over to find out what all the excitement was about. With her wit and charm even the “technophobic” became enticed to talk tech with Jim.

Fast forward to 2003 after a whirlwind decade of shaking hands and building their brand, Crypkey found themselves being set in a new direction. Kenonic Controls had been bought out by Emerson Electric. In the initial phases of the transition Jim operated Crypkey out of the Emerson offices. It was a strong partnership that is still in play to date. However, there came a point where the family run Crypkey operation was headed in a different direction than the large corporation that Emerson was to become. It was then that Jim decided there was no longer a suitable space within Emerson for Crypkey.

That synchronicity with the direction both companies were headed had faded and so Crypkey branched off and Emerson became instead a shareholder and one of the largest Crypkey customers to date.

A dream office found in the Devenish building in Calgary, Crypkey continued its journey towards becoming the global supplier of software protection that they are today. In its first year of independence Crypkey achieved some of their greatest successes. Gaining Symantec as an investor, 70 licenses with Nokia, 80 licenses Eriksson and a massive contract with the U.S. Department of Homeland Defense to name a few. Customers like Kodak, Honeywell and Caterpillar shaped the future of what Crypkey was to become.

Today, Crypkey has a customer base that covers the globe spanning all continents and includes everyone from your local ma & pa shops through to multibillion-dollar industry leaders. We have expanded to all industries with solutions for aerospace, education, health care and retail to name a few. With this came an increase in the product base to include document and file protection, automation of licensing services and flexible distribution options too.

Now the question Jim will forever ask himself, what next? Where is the future of Crypkey? Maybe it’s mobile. Maybe it’s a modernization not yet known. What we do know, is that the possibilities of technology are endless and Crypkey will continue to keep its foot planted on that pulse.

We would love to know, what would you want to see next?

Questions or comments? We’d love to hear form you!

We make every effort to reply to your inquiries within one business day.

Trusted by many leading companies 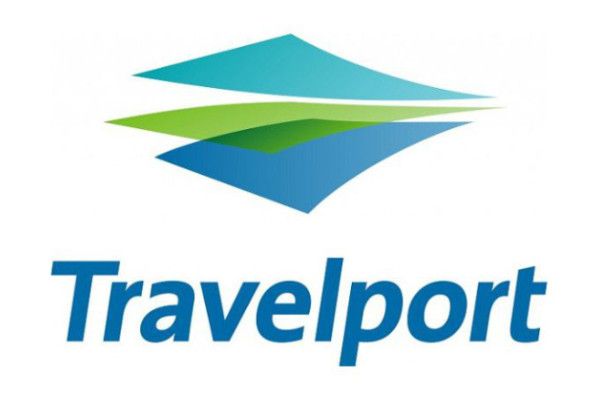